When should you use low beam headlights?

There’s still a lot of uncertainty surrounding low beams: How and when do you use low beam? Should you drive with low beam headlights during the day? And is there a fine for non-compliance? We’ll tell you everything you need to know about the topic. 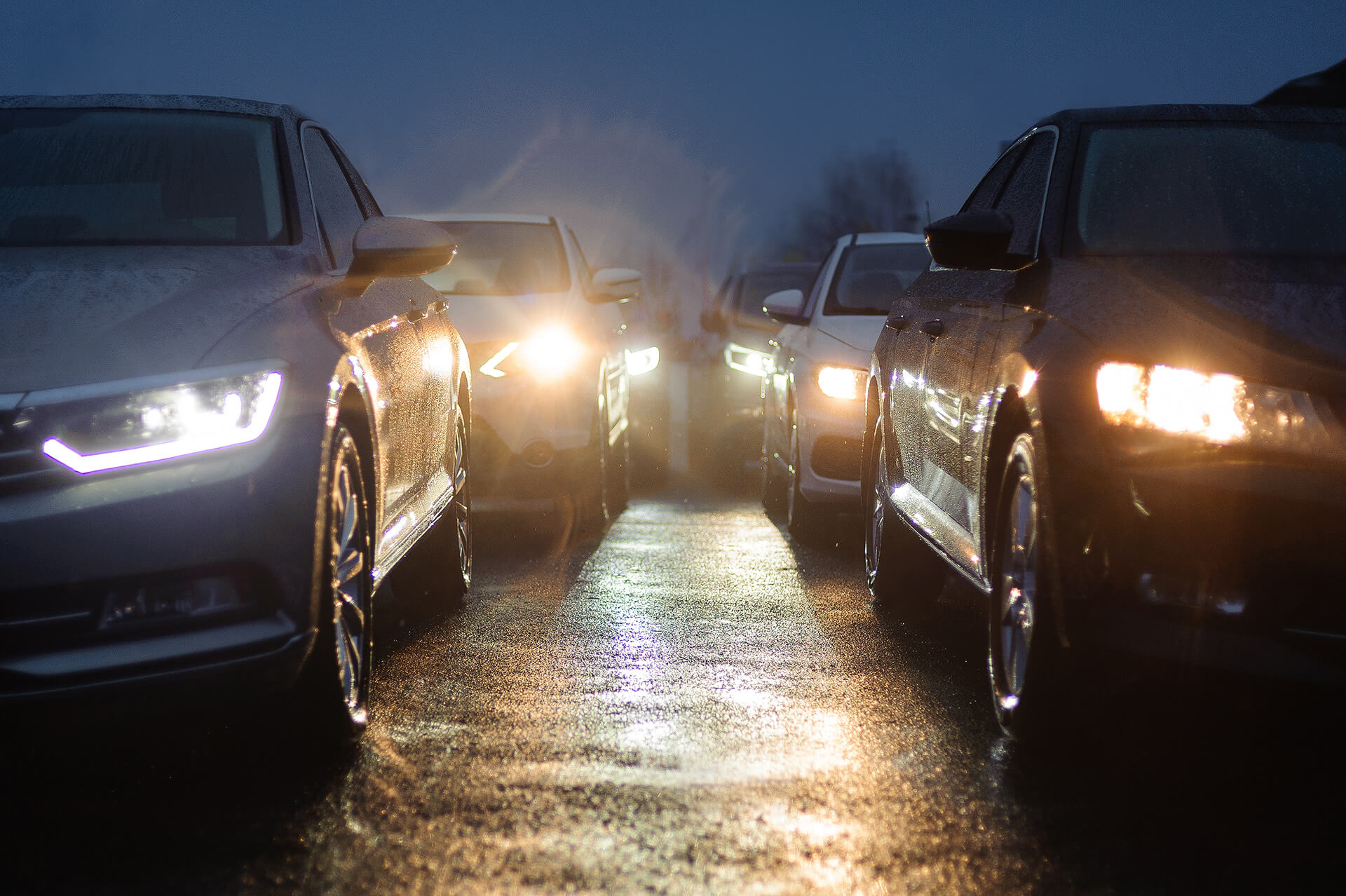 Low beam headlights help to illuminate between 50 and 75 metres in front of your vehicle. In contrast to daytime running lights, low beam headlights not only make you more visible to others, but also improves your visibility in darkness, twilight, rain, snow and fog. Therefore, lawmakers specify exactly when these lights must be used.

First it is important to note that only headlamps with white light may be used in low beam headlights. The main feature of low beam headlights is that light shines asymmetrically. This means that the right side is illuminated more than the left and so oncoming traffic isn’t dazzled, while at the same time you can see lane markings, signs and obstacles well and in good time.

Mainly because of this feature, the low beam is often less annoying to oncoming traffic than the daytime running light in poor visibility or at twilight. So if you’re wondering when to switch on your low beam, the rule is: better too early than too late.p>

What does low beam look like? To find the low beam on your own car, you can locate it simply using the unmistakeable symbol: the headlamp pictogram, which has several lines going diagonally downwards from the left side.

When do you use low beam headlights?

But at what point should you actually switch on your low beams? The regulations provide clear guidelines for this: you must switch on low beams after dark, at twilight, in poor visibility conditions, and if your view becomes restricted so that you can see less than 100 meters in front of you.

The low beam is compulsory in the following conditions:

The main purpose of low beam headlights is to ensure the safety of other road users. Therefore, switching on the lights too late, or driving around with a defective light, is a risk that should never be taken. High-quality headlamps are therefore important. Incidentally, legislation also sees it that way: if you drive around with a defective low beam headlight or if your low beams are not switched on, you can face a fine.

When do you also need to drive with low beams on during the day?

In the UK, the answer is quite clear: if rain, fog, snowfall or if other factors significantly reduce your visibility, you must switch on your low beams during the day so that you can see obstacles and other road users, and also so that you can draw attention to yourself in good time.

The situation is somewhat different in other European countries: in some countries you have to drive with low beam all year round, no matter how good or bad the weather is, for example, in the Baltic States and many Central and South-Eastern European countries. In Scandinavia and Italy, lights are also compulsory all year round, although they also permit using daytime running lights. So, find out exactly what rules apply before you drive abroad.