An overview of the differences between halogen, xenon and LED car lights

For a long time, xenon car light bulbs were the standard for luxury class and upper mid-range vehicles. But recently, LED lights are increasingly being used in newer models of these vehicles. In the early days, LED lights were mostly only present in tail lamps and stop lamps, but now they are also increasingly being used for the low beam or the high beam. The trend is clearly moving in the direction of LED light: it is likely that it will completely replace xenon and halogen lamps in the not too distant future.

There are several differences between LED and xenon and halogen car lights, and LED lights offer many advantages of the other two options:

An LED lamp matrix consists of several LEDs that can all be controlled individually. This means that they can be switched on and off individually and also dimmed in various gradations. Such fine control allows the luminous intensity and the direction of the light cone to be optimally adjusted to the relevant traffic, weather and visibility conditions. This reduces glare for the driver of an oncoming vehicle or for the vehicle in front as the LEDs are simply automatically switched off or dimmed when oncoming traffic or a vehicle up ahead is detected. The luminosity is always regulated in such a way that the illumination of the road is not impaired, but only the glare effect for other road users is reduced.

As a rule, LED car lights last 15 years, which is a very long lifetime compared to that of xenon or halogen headlamps. But the replacement of LED lamps also goes hand in hand with the replacement of the complete headlamp because single defective diodes cannot be replaced individually. Depending on the headlamp, this can cost between 600 and 5,000 euros.

Please note: LED headlamps and tail lights lose their operating licence if more than one third of the LEDs have failed. In such a case, the headlamp concerned has to be replaced as soon as possible. 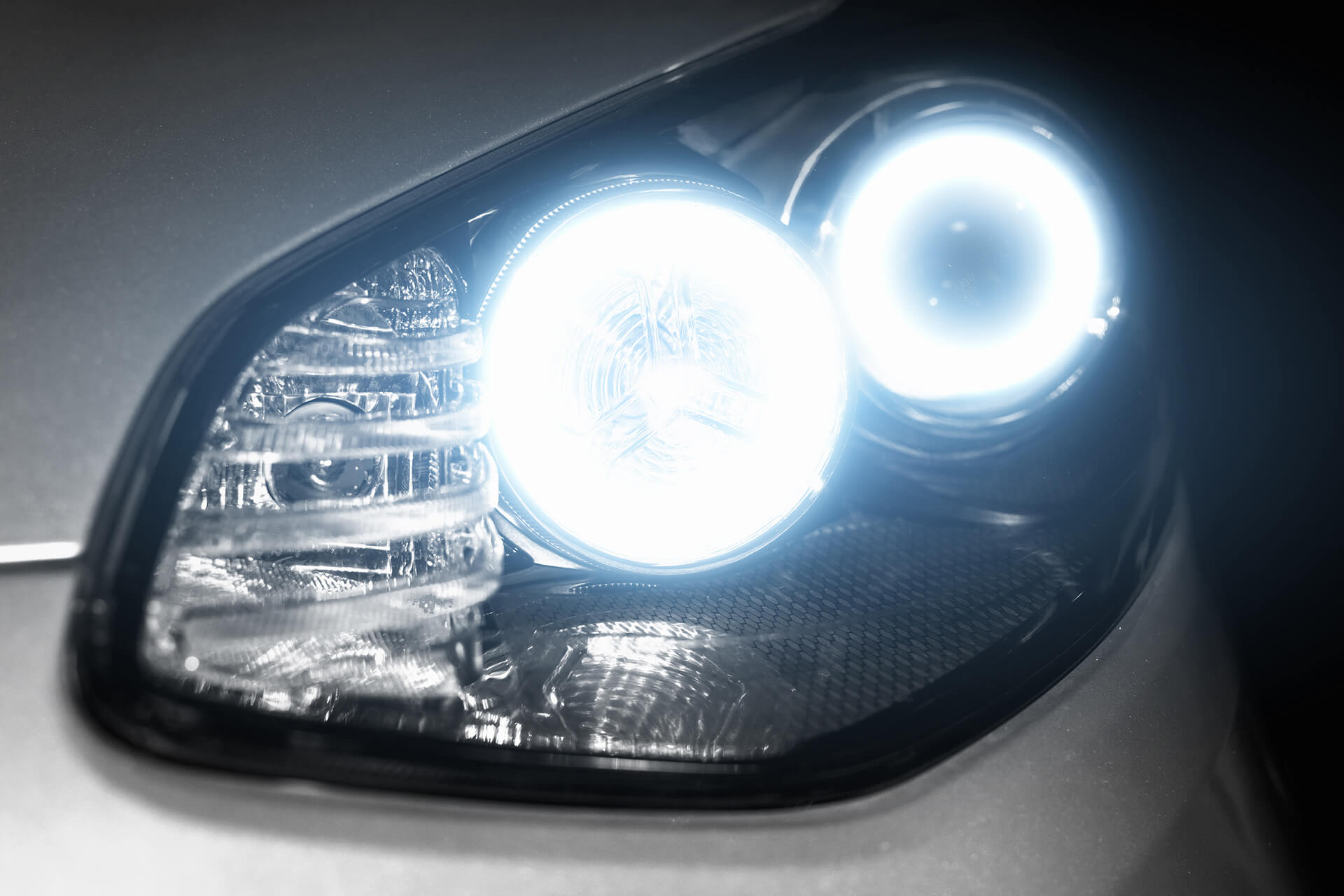 Xenon headlamps have a special xenon gas discharge lamp in the low beam or in the high beam. This means that the lamp is ignited under high voltage (20,000 volts), creating an arc. The largest difference between halogen and xenon headlights is that xenon headlamps are therefore many times more light-intensive than halogen lights. Here we have an overview of the advantages of xenon car lights:

Xenon systems have automatic headlamp levelling. Sensors are used to monitor the weight of the vehicle and its speed and also the position of the headlamps is continuously regulated. This ensures optimal illumination of the road regardless of the loading condition and the current dynamics of the vehicle. 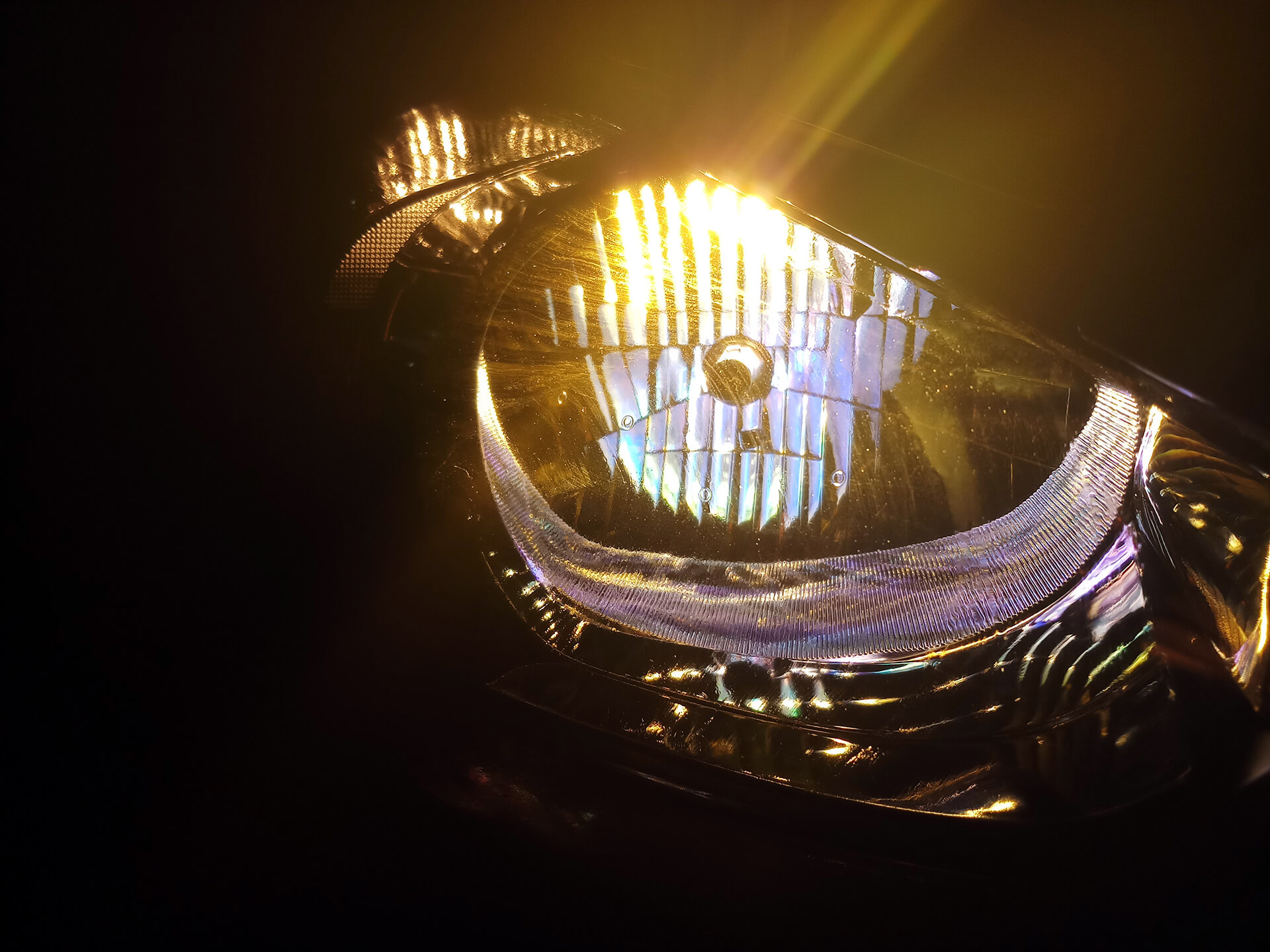 Unlike xenon or LED light, halogen is a fairly old technology. Simply put, it is just a further development of a conventional bulb. As opposed to this, a halogen bulb is filled with a halogen gas (usually iodine). A filament made of tungsten is heated by an electric current, which causes light to be emitted.

The advantages of automotive halogen light over conventional bulbs are as follows:

While xenon or LED car lights have a very long lifetime, halogen automotive light bulbs usually only have an operating time of about 250 to 400 hours. As a result, they need to be replaced more often than the other types of light. But as bulbs are very cheap to buy and it is usually not necessary to have them changed in the workshop, their replacement, even in the very long term, is still cheaper than changing a xenon or an LED light.